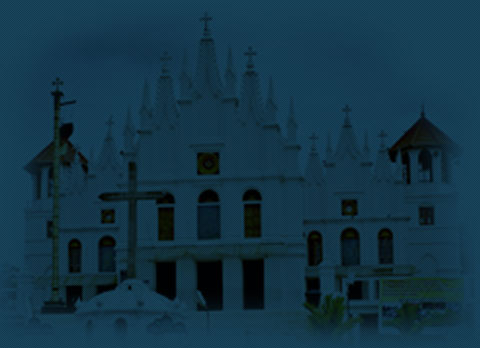 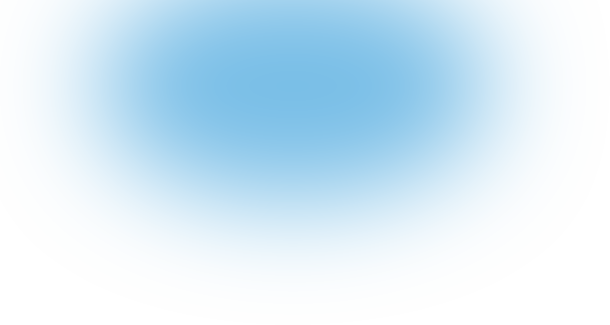 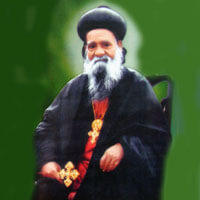 His grace was born in 1885; ordained as deacon in 1899, as priest and also Ramban in 1906. For the next ten years Rambachen stayed at Pampady Valiya pally resulting in alround development of the parish. Thereafter being a scholar in Syriac, Rambachen worked as a teacher in Old Seminary, Kottayam. Grieved by the faction fight in the Malankara Church, Rambachen withdrew to an ascetic life at Pothampuram hillock, gifted by his guru Madathil Asan a Hindu, who liked his disciple to such an extent. Many people were attacted by Rambachen’s simple and pious life. H.H.Baselius Geevarghese-II persuaded Rambachen to be ordained as Episcopa in 1929 and named as Kuriakose Mar Gregorious. His Grace became the Metropolitan of Kottayam and continued as such till death in 1965. His Grace always led an ascetic life praying and fasting and entertaining every visitor to Pampady Dayara. His Grace gave away to the poor and needy everything that was received in the Dayara. When the deadly epidemic of Plague spread at Kunnamkulam in 1935, His Grace rushed to the place; stayed amongst the affected people, served them and saved them by his prayers. People of all hues at Kunnamkulam feel indebted to “Pampady Thirumeni” for such a gesture and they visit his tomb and seek his intercession especially on his death anniversary on 5th April. Devotees throng Pampady Dayara seeking the intercession of Pampady Thirumeni, who is a de facto saint already. 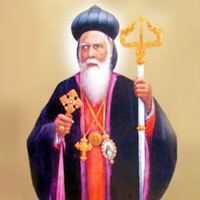 Proclaimed as the second saint of Malankara in 2003, His Grace was known as “Malankara Sabha Bhasuran”(Sun of Malankara Church), Saint Dionysius protected the independence of Malankara church and guarded against the dictatorship of the Patriarch. Born in 1858; ordained as deacon in 1879, as priest in 1880, His Grace was Malankara Malpan in Old Seminary, Kottayam and Parumala Seminary thereafter. His Grace’s scholarly skills are apparent from the literary works and translations from Syriac language. His Grace was ordained as Episcopa in 1908 and elected as Malankara Metropolitan in 1909. His Grace blocked the move of Patriarch Abdullah, who came to Malankara in 1910 to seize control of Malankara Church. During the period 1911 to 1934, His Grace had to face ex-communication, attempt on life, betrayal of Mar Ivanious (Malankara Rite), and yet got the catholicate established here in 1912, and framed a constitution for the church in 1934, which helped the church to be autocephalous. His Grace was a follower and disciple of Saint Gregorious of Parumala, His Grace was a scholar who led simple and pious life which stood in good stead during all crises, until his demise in 1934. Thousands seek his intercession. 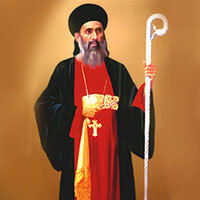 Much before His Grace was proclaimed as the first saint of Malankara Church in 1947, devotees have been thronging the Parumala Church, his abode, seeking His Grace’s intercession. Born in 1848; ordained as deacon at the age of 10, as priest at the age of 18, as Ramban at the age of 24 and as Episcopa at the age of 28, His Grace was aptly called “Kochu Thirumeni” (young bishop) first, and later “Parumala Thirumeni” by the devotees of all castes and creeds, who sought His Grace’s intercession and got solace. Saint Gregorious of Parumala lead a simple pious life; worked hard for the church, for social justice and for promotion of education and against casteism and untouchability. Saint Gregorious left us in 1902 at the age of 54. More and more devotees throng Parumala every year seeking the intercession of St.Gregorious. 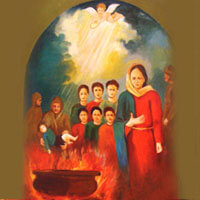 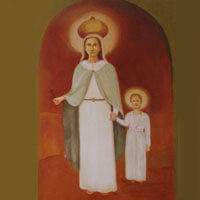 Yulithi and her three year old son Kuriakose were devout Christians. They refused to indulge in idolatry practiced by Emperor Maximinose, who ruled Rome in AD 300. They were persecuted and tortured for this. Though they miraculously survived the series of tortures, they choose to sacrifice their life for Christ after accomplishing the mission of bringing thousands to the fold of Christianity. They became martyrs. Thousands find solace through the intercession of Mortha Yulithi and Mar Kuriakose Sahadha. 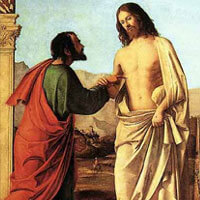 St.Thomas was the disciple of Jesus Christ. He founded the church in India and attained martyrdom at Mylapore. He is the Patron saint of India. 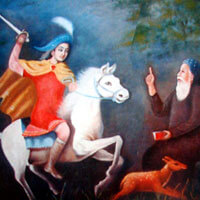 The chapel of AD 1557 shifted from Kochupallikunnu and rebuilt at Elamthuruthi Kunnu in AD 1640 was in the name of Mar Bahanan Sahadha. It remained so until it was rebuilt in AD 1750 in the name of St.George, retaining the main portions of Mar Bahanan Church. The chapel on the south side of the present church complex is also in the name of St.Bahanan. Prince Bahanan was the son of King of Azor who was a fire worshipper. His sister Princess Sarah was suffering from incurable leprosy. It so happened that through the intercession of Mor Mattai (a monk) she was cured. Princess Sarah, Prince Bahanan and 40 of his friends embraced Christianity. They refused to worship fire and earned the wrath and displeasure of their father, the king. All of them were beheaded. They gladly faced beheading, chanting the name of Jesus Christ and confirming their faith. The king was haunted thereafter by disasters. He repented and prayed. It was revealed to him in a dream to go and pray at the site of the said beheading. He did so and, ultimately embraced Christianity. The king constructed a church and a monastery in the name Bahanan and Sarah; it is still there and known as Baseguba dayar. St.Bahanan is respected in almost all oriental churches and in malankara there are 13 churches in his name. The feast commemorating the martyrdom of St.Behanan, St.Sarah and 40 others is celebrated in this church on 23rd December. 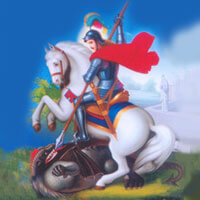 Ever since it was rebuilt in AD 1750, the Puthupally church is in the name of St.George (Geevarghese Sahadha / Puthuppally Punyalachan). He relinquished his high position in the Roman army and sacrificed his life for Christ. He is the protector against evils. He never fails to answer his devotees. A legendary warrior on a white horse killing a dragon symbolises this belief. He was a persecutor of Christians earlier. Later he was moved by the faith of Christians inspite of such persecutions and killings. He embraced Christianity under the name George and ultimately attained martyrdom in defending his Christian faith. People in distress invoke his intercession. It is believed that a mere utterance of his name wards off snakes and evil spirits. As such, thousands of devotees irrespective of caste and creed throng Puthuppally church seeking his blessed intercession. 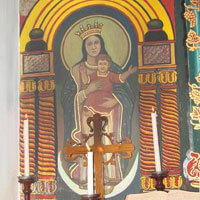